Amongst the many sporting activities, there is no denying the fact that horse racing is something which is one of the most popular entertainment sports.

Further, given the fact that there also is money involved it makes it even more interesting. Horse racing is perhaps the most betted sports in the world, and each year the betted amount could run into millions or perhaps even billions of dollars.

It is not only popular in this part of the world but also across the world for a number of reasons. First, it offers the punters and bettors a decent chance of winning something more than what they have punted.

They can place bets for winning horses and also those horses which win the second or third place. The bettors can choose many betting options and combinations, and therefore they have quite a bright chance to win more than what they have betted.

What Is Special about Windsor Horse Racing

It has a number of races taking place each year and therefore this year also is not an exception. Therefore, for each race, there is quite a bit of betting. 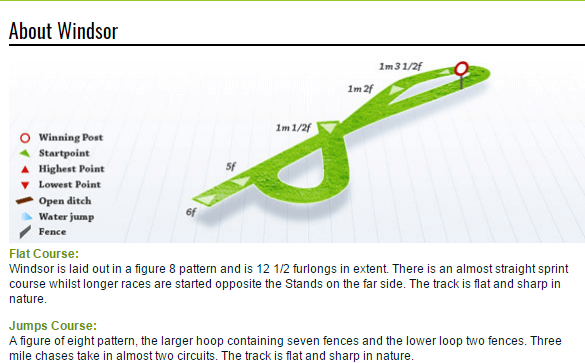 However, betting has to be done carefully, and quite a few things have to be taken into account. These include the quality of the horse, its age, the number of races which it has run and its overall track record.

Along with such factual reports and histories, the bookmakers’ prediction in the form of Windsor horse racing odds is also considered. Let us have a look at a few such odds as far as such races are concerned.

Two Events to Choose From

There are basically two events to choose from. One is August Stakes, and Winter Hill Stakes and both these races are held in Windsor.

As far as the 2016 August Stakes are concerned, it was won by Berkshire, who was jockeyed by Jim Crowley and the trainer was Paul Cole.

The horse came out with flying colors and won the race with an impressive timing of 2:23:60 which was perhaps the second best timing over the past thirteen years.

It indeed is a commendable performance. Hence, when the next August Stakes takes place, this horse will also be closely looked at.

Berkshire is a five-year-old horse with eleven runs to its credit so far. It has stood first on four occasions apart from being second and third on one occasion each. It, therefore, has an impressive odd of 1:38 which makes it favorite even for 2017 August Stake, should it take part. 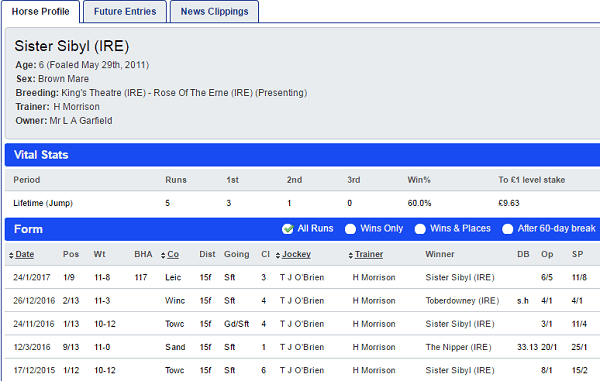 There are other horses too such as Sister Sibyl which also. This is a 6-year-old horse with four runs out of which it has come 1st on 2 occasions and stood second on one occasion.

Though it has run only a very few races, it has a 50%-win performance which is quite good. That is the reason it has reasonably good odd of 1:8.

This is another famous horse racing that happens in Windsor, and it has produced some of the best horses including iconic names such as Annus Mirabilis with three consecutive wins from 1996 to 1998.

Hence, it is an event which attracts thousands of punters, gamers and is also extremely popular with bookmakers also because of the number of famous horses involved. It would be interested to have a look at a few of them over the next few lines.

The Names That Could Be Movers and Shakers

Ninth Legion is perhaps the favorites to win the next edition of the Winter Hill Stakes because of a number of reasons.

It has Sam Clipperton as the jockey, and there are reasons to believe that it will have some of the best Windsor horse racing betting because of the field that it has.

This is a highly experienced horse with 51 races to its credit. Is has 8 wins and 21 placing which makes its record quite brilliant.

Therefore, it is quite normal that he has a reasonably good odd amongst bookmakers. It would be pertinent to mention it has an odd of 1:8 which certainly makes it a good bet if you are ready to bet with higher amounts.

This is yet another great horse which has done reasonably well in various races and therefore it has a great chance of winning the various Windsor Horse Races that are coming up.

These are just a few of the horses, and one has to spend some time looking up the internet and other sources where one can get the desired information.

It would be pertinent to look up some good sites like William Hill, Paddy Power, and a few more sites. They will be able to give you the right knowledge with regard to the various horses, their overall performances, the odds which they have in their favor, against them and much more.

Further, it would be pertinent to mention that there are quite a few better and punters who also have their own view of the various races held in Windsor and it would be not a bad idea to take inputs from them because of obvious reasons.

At the end of the day, there is hardly any doubt that winning the best possible prizes in horse races such as Windsor calls for having full information to the overall happening in these events Historical reference is also of paramount importance and the same should not ever be lost sight of.