Horse racing is one of the most popular sporting events not only in this country but also across the world. As we read this article, there is no doubt that there could be scores of horse racing which could be taking place across the world in general and quite a few of them could be in our country.

There are many reasons for the immense popularity of horse racing amongst millions of people. It is an exciting sporting event, and though it lasts only for a few minutes, the sight of some horses running at their best speeds, egged on by their jockeys and the crowd is a sight worth seeing.

Further, there is also big money involved in horse racing, and it is one of the most highly betted sporting events in the world today.

There are many famous racing events in the country. In this article, we will try and have a look at the famous Chester horse racing.

We will try and find out what it is all about and look at a few races which have been held here. It will certainly help both sports tourists and serious punters to have some reasonably good idea about this sporting event.

The Chester Race Course is the place where the famous Chester horse racing held. It is also known as the Roodee, and according to records it is the oldest racecourse still up and running in England.

It would be pertinent to mention, that horse racing in the UK goes back to the 16th Century. The Chester racing center is the smallest regarding size, and the race length is 1 mile and 1 furlong or 1.8 kilometers.

However, what makes the event so special is the wide following, it enjoys even today. The entire race course spread across 65 acres or roughly around 260,000 square feet.

It situated on the banks of the River Dee. The first horse racing perhaps held on February 9, 1539, with the consent of the then Mayor Henry Gee.

It was his name which later saw the emergence of the term gee-gee for horses. Hence, when it comes to quality Horse Racing, there are many reasons to believe, that Chester horse racing has a very important role to play.

How Has It Changed the City?

Chester has become a famous city because of its famous racing history. It becomes a hot spot tourist destination because each year scores of people flock to the city for the racing which is helpful in generating huge tourist revenues.

Horse racing without any doubt is one of the mainstays as far as this city is concerned. There are some interesting events which have taken place surrounding this racecourse as far as the city of Chester is concerned. 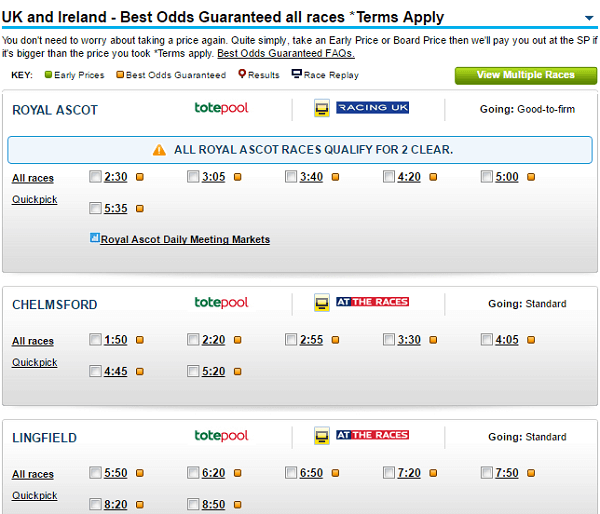 In 2013, a new restaurant opened in the city, and it named as “1539”, signifying the year in which horse racing started in this city.

It is a famous and much sought-after horse racing, and the event saw the victory of Knight Bachelor. Hence, this year too this horse has a good chance. However, going by the odds the favorite this year could be Bingo Conti who has an odd of 3/1 in his favor.

Hence, if you are planning to make big money on Conti, you must be ready to wager big amount of money to make some significant impact as far as your bankrolls are concerned.

There are other names too which are worth mentioning, and if you look at the internet, you will be able to come across quite a few of them.

Quite a bit of interest and excitement generated as far as this horse race is concerned. The last year saw the event being won by Letbeso and it had an odd of 9/2 in its favor. 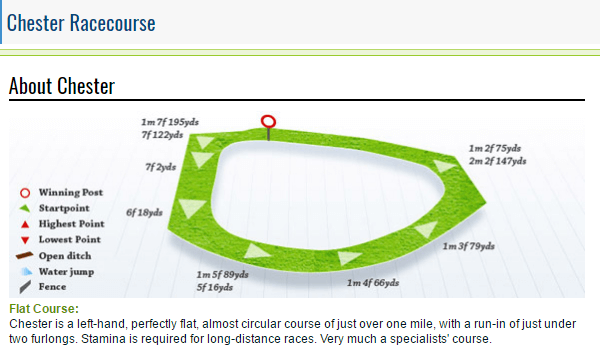 There are a few more important names which one should keep in mind as far as this horse race is concerned.

They include names like Amuse Me and Arthur McBride. Though the odds in their favor is not as strong as that of Letbeso, on a given day, the latter two horses are quite capable of upsetting the applecart and even upstaging the most favored ones.

If we go by the last year’s results, there are some surprises in store. Last year it was won by US Army Ranger and with an odd of 4/11. The second horse was Port Douglas, and though it has a relatively low odd of 11/2, it could pull off a big surprise.

Hence, if these two horses take part in the events this year, it is quite likely, that they could give a good run for money to others in the field.

However, it is still early days, and it would, therefore, be better to go in for a wait and watch attitude. It is because odds can change quite dramatically because of some reasons.

When it comes to Chester, there are many races held across the entire year and in a day, there could be quite a few such races held.

Therefore, the onus lies on us to find out ways and means by which we can get information about the various horses and carry them forward. It certainly is a wonderful way to which you can be able to know more about this circuit.