If you are a horse racing enthusiast on the lookout for a great horse racing circuit, then you have reasons to spend some time reading this article.

It is well known to one, and all that horse racing perhaps is the most popular betting sports in the country, though there might be a few who might argue that soccer is another such sport which has huge following especially from the betting community.

In this article, we will look at the famous Newcastle horse racing events that have been lined up for the year.

We also will have a look at the tips and suggestions that could help a lot in getting to understand more about the favorite’s horses, jockeys, trainers and other such pertinent information.

Something About Newcastle Horse Racing

It without any doubt is one of the oldest and most reputed horse racing circuits not only in this country but also across the continent and perhaps across the world.

Therefore, it is obvious that thousands of bettors and punters flock to the various races which are held in this circuit on a regular basis. 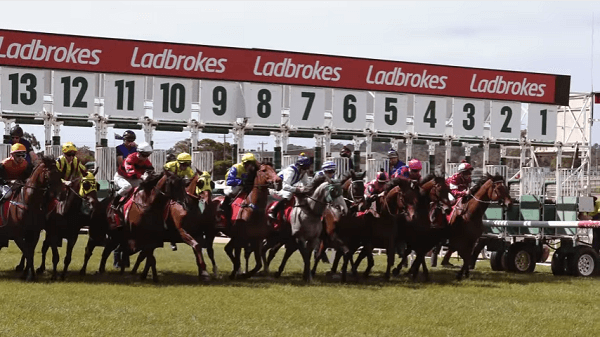 2017 is also no exception as we are sure to find dozens of races ready to take place spread over the 12 months of the year.

A Look at the Racecourse

It would be pertinent to mention that this is a classic racecourse situated at Gosforth Park not very far away from Newcastle upon Tyne. It is owned by the Arena Racing Company.

It had a rich history and was opened in the year 1882. It is famous for some of the most popular races including the much talked about and highly popular Northumberland Plate which has been continuously held here since 1882.

Apart from the above, there are a number other races too which have caught the imagination and liking of thousands of persons across the country.

Hence, it would be interesting to have a look at the various betting and odds finding tips as far as these matches are concerned.

It would be pertinent to mention that there are a few renowned and well-known horses which are a part of the Newcastle horse racing circuit.

Therefore, it would not be possible to talk about all these horses in detail. However, we will have a look at a few of them so that the putters and betters will get some basic idea as to which of the horses are considered favorite as far as Newcastle is concerned.

It is a six-years horse born in 2011 and is owned by Rita Shah, and the trainer is Anthony McCann. It has 23 runs to its credit as of now and has come first 4 times, stood second twice, and has come third once.

It has a win percentage of 17% which is decent considering the competitive field it is in. it has an odd of 2.5:1.0 which again is quite admirable. 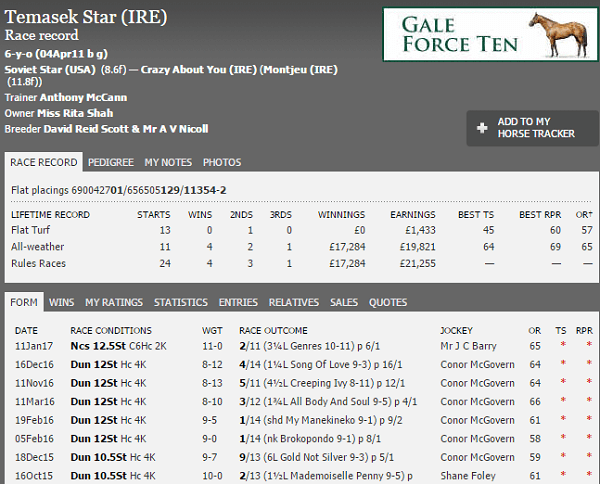 Therefore, it will most probably be a tough nut to crack as far as the next race in Newcastle is concerned. But it is up against some of the toughest field and, therefore, it should perform as best as it can if it has to stand a chance of winning and coming first in this race.

This has a 3/1 odd as far as bookmakers are concerned. It is favored to win the 2.30 pm race, and it would be interesting to have a closer look at the history of this horse. It is a young horse just 3 years old and was foaled in the year 2014. 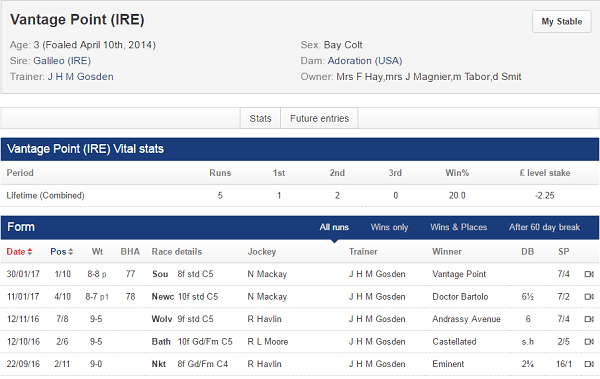 It is trained by H. M. Gosden, and it is not very experienced as far as the circuit is concerned. It has come second out of the three races it has run, and therefore this certainly is a great beginning for this young horse.

However, its skill, stamina, and endurance will be put to the ultimate test when it takes the field in the Newcastle tournament, and there is quite a bit of expectation as far as this horse is concerned. Hence, it would be interesting to wait and watch things as they unfold on a racing day.

As far as the 3.00 pm race is concerned, there are many bookies who are ready to put their money on Outlaw Torn.

Though it does not have the best of records with just 4 wins out of 134 runs and 12-second places and 30 third places, it would be interesting to watch how it performs in the prestigious Newcastle race. 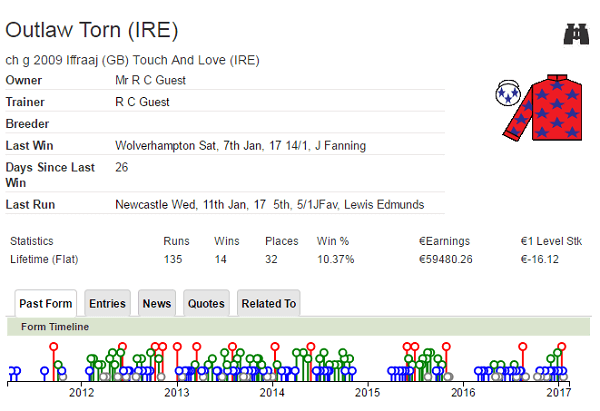 As of now based on the various combined odds it has a number of 4/1 in its favor which is not exactly very bad though not enviable at the same time.

It could on its day beat the best in the field given the fact that it has rich experience and must perhaps have taken part in Newcastle before. This will give it a distinct advantage, but nothing much can be said of its potential right now.

With an odd of 5/2 in its favor, there is no doubt that Mr. Scaramanga is evincing a lot of interest and 3.30 race will be keenly watched just because of the presence of this horse. 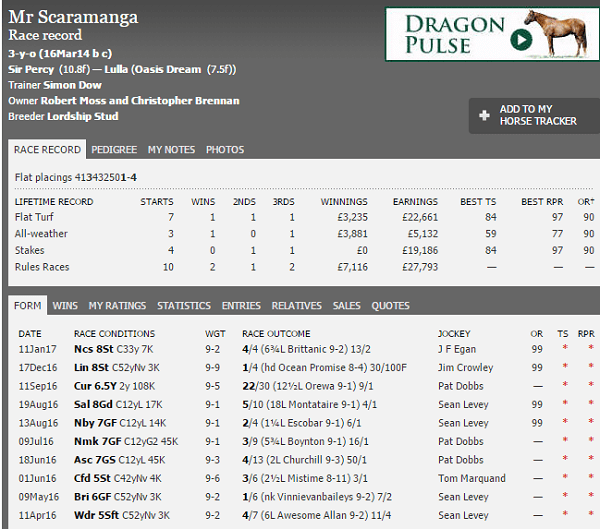 It is a very young horse, and it has a good track record of coming first twice out of 9 races. Additionally, it has also come second one time while being placed in the third place twice.

It has a win percentage of 22% which is good considering its age. It is just 3 years old and is trained by S. Dow.

This horse also has a 4/1 odd in its favor and the fact that it is just three years old is a point which should be kept in mind. However, it is low on experience and has participated only in 3 races and has stood 1st in one of them.

Though it might have a 1st place percentage of 33%, the base is too low and perhaps even misleading to compare.